India’s Data Protection Bill 2022 is set to bring in sweeping changes to the way data is collected, stored and processed within the country.

Watch Nirupam Srivastava, VP Strategy, AI, New Initiatives, Hero Enterprise in this interview where he takes us through –

– The journey of data protection laws in India

– In India and globally

– Concerns and need for improvement

– The future of Data Protection law in India

Constitution is the backbone of democratic India.

We are happy to share the first part of The Great Legal Minds Show with Mr. Sanjay Hegde, Senior Advocate, Supreme Court of India hosted by Aman Abbas, Founder, LawWiser. He is also a big advocate of civil rights and also an expert on Constitution Law.

In the first part of the video, he talks about different aspects of the Indian constitution ranging from its history, constituent assembly, the manner in which it was formed and written, fundamental rights and their protection, right to freedom of religion and also stated that now there is more deepening engagement with the constitution.

The Government of India announced to give Esports a major boost by integrating it with mainline sports disciplines in the country. To learn more about this update watch this video Featuring Avani Shukla of LawWiser.

There has been a growing demand for Esports to be included in the curriculum of multi-discipline events after it was included in the 2018 Jakarta Asian Games as a demonstration sport, meaning medals won in the sport were not counted in the official overall medals tally.

The President of India, Droupadi Murmu, in exercise of the powers “conferred by clause (3) of article 77 of the Constitution” amended the rules governing Esports and asked the Ministry of Electronics and Information Technology and the Sports Ministry to include “e-Sports as part of multi-sports events”. 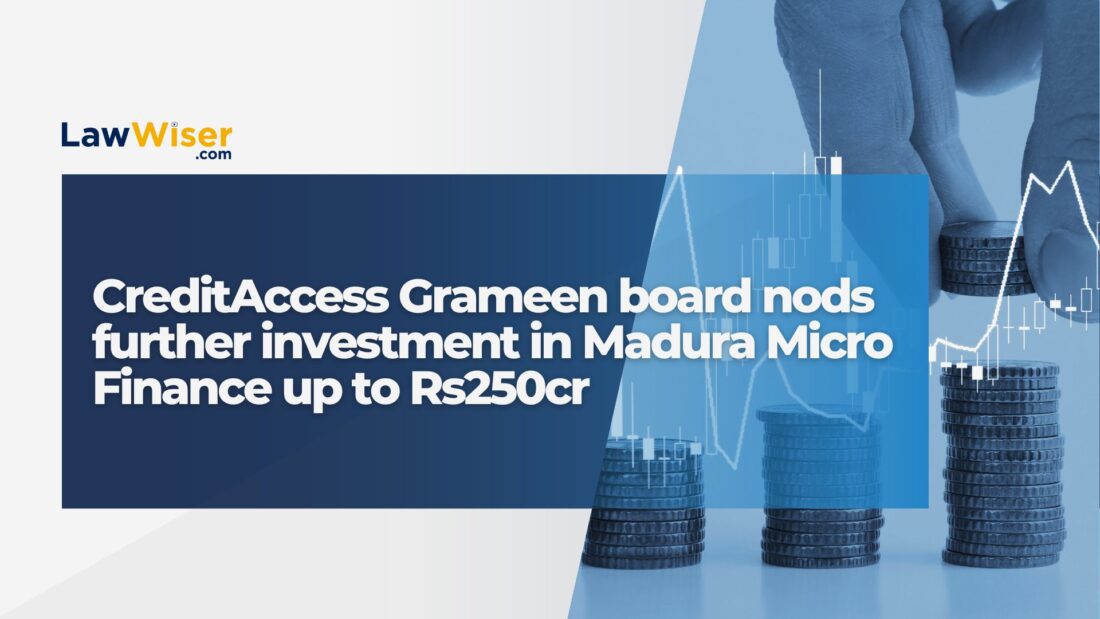 As per regulatory filing, based on the approval of the Shareholders at the 30th Annual General Meeting held on July 30, 2021, with regard to further investment by the Company in Madura Micro Finance Limited (MMFL), a Material Subsidiary, up to an aggregate sum of Rs250cr, the Board of Directors at their meeting on December 21, 2021, have considered and approved further investment in MMFL in the form of Subordinate Debt or Perpetual Debt Instruments (PDIs) or both, up to Rs250cr, in tranches, in order to support capital adequacy requirement of MMFL.

The RBI has recently rolled out retail digital rupee project. This project has been most talked about, as it aims to meet the need of public for digital currencies.

Watch LawWiser’s latest video on RBI’s Retail Digital Rupee Roll-out, where our host takes us through the details of this project.

– What is the pilot project about?

– The purpose of the project

– How will this project work?

Watch on LawWiser what are some of these initial expectations from the budget 2023, which we cover in this part 2 of the video. In this video we cover the expectations of the Energy and Renewable Energy Sector:

– consider bringing petroleum products, electricity tariffs, and real estate under GST at some stage over the medium term.

– Suitable amendments be made in Section 115BBG of the Act to ensure that the benefit is not restricted only to carbon credit units validated by the United Nations Framework on Climate Change.

– To define what constitutes the climate change sector under the Income-Tax Act, 1961, to clearly identify the types of sub-sectors or projects eligible for fiscal benefits.

Watch all this and much more in this video. Stay tuned for more such videos where we will be covering expectations of other sectors and industries from the upcoming budget.

As the year 2022 ends, preparations have already begun for the coming year of 2023. Among the foremost is the budget of 2023, the businesses, industries and various sectors have already started sharing recommendations and their expectations from the upcoming budget of 2023.

Watch on LawWiser what are some of these initial expectations from the budget 2023, which we cover in this part 1 of the video. In this video –

📍Startups are looking at appropriate relaxations on outbound mergers — where the merged entity is a foreign entity and does not enjoy the principle of tax neutrality — in the upcoming Budget.

📍A new 2.0 version of the government’s production-linked incentive scheme (PLI) for the textile sector, focusing on small and medium enterprises (SMEs) is expected to be finalised early next year.

📍Industry body Assocham has recommended the extension of the production-linked incentive (PLI) schemes to more sectors in the upcoming union budget.

📍Among other pre-budget recommendations, the industry body said the government should increase the exemption limit for income tax to at least ₹5 lakh so that more disposable income is left in the hands of consumers and the economy gets a consumption boost and further leg-up in the recovery. Without accounting for rebates, the present exemption limit is ₹2.5 lakh for the assesses.

📍Tourism Sector: The first issue is taxation. There have been a lot of concerns about that, and have proposed some relaxations. The GST (Goods and Services Tax) on the industry is actually on the higher side when we compare it with the neighbouring countries.

Write to us at editorial@lawwiser.com 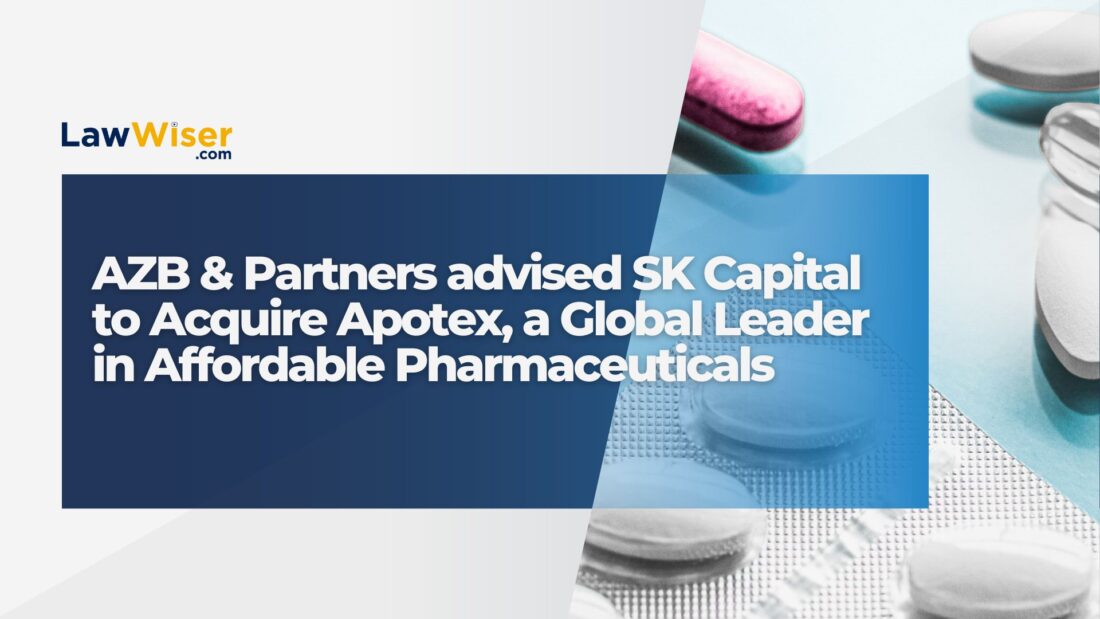 An affiliate of funds advised by SK Capital Partners, LP (“SK Capital”) announced that it has reached an agreement to acquire Apotex Pharmaceutical Holdings Inc. (“Apotex” or the “Company”), a proudly Canadian, global pharmaceutical company that produces high-quality, affordable medicines across all major therapeutic areas for patients around the world. 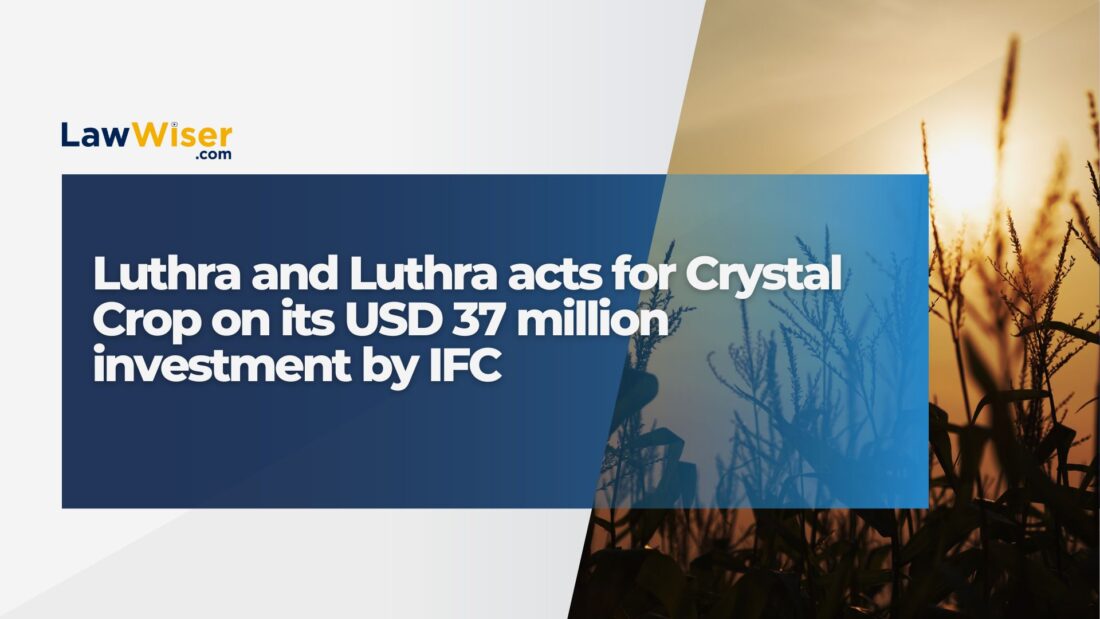 The team comprised of Partners, Avirup Nag and Sabrina Afroze and Associate, Kashish Singhal who assisted Crystal Crop in finalising the investment agreements and closing of the transaction. 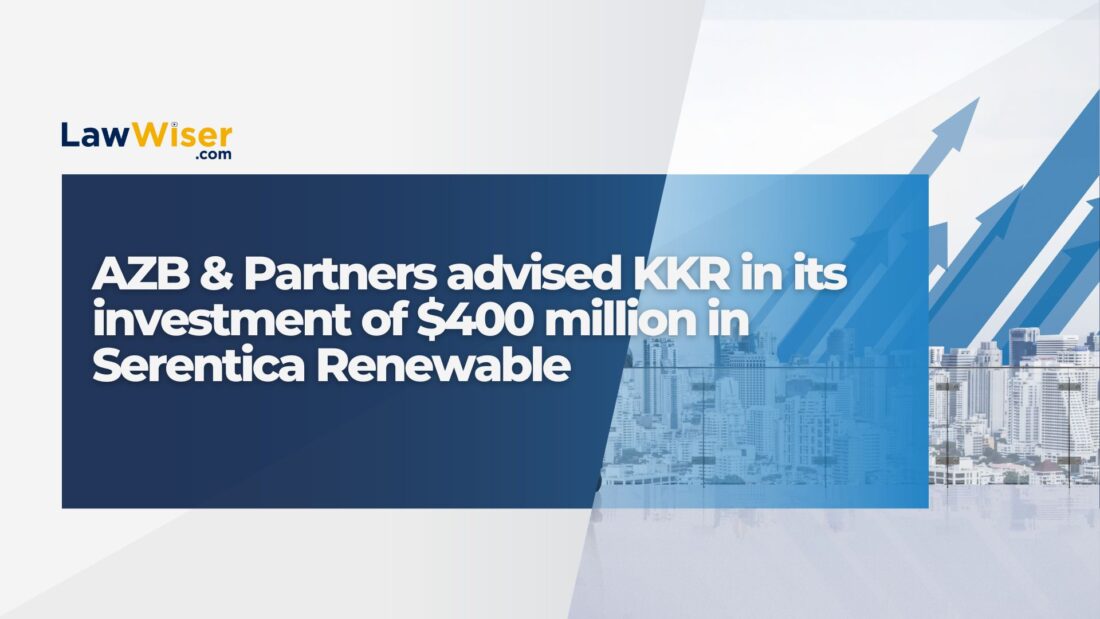