The above codes, although passed by the Parliament and have received the assent of the President, are yet to be completely enforced through notifications by the Government.

In this section on LawWiser find legal content on employment and labours laws that are critical to businesses in formats that are easy to understand. Explore the legal videos on the various aspects of different labour laws along with the latest legal updates. 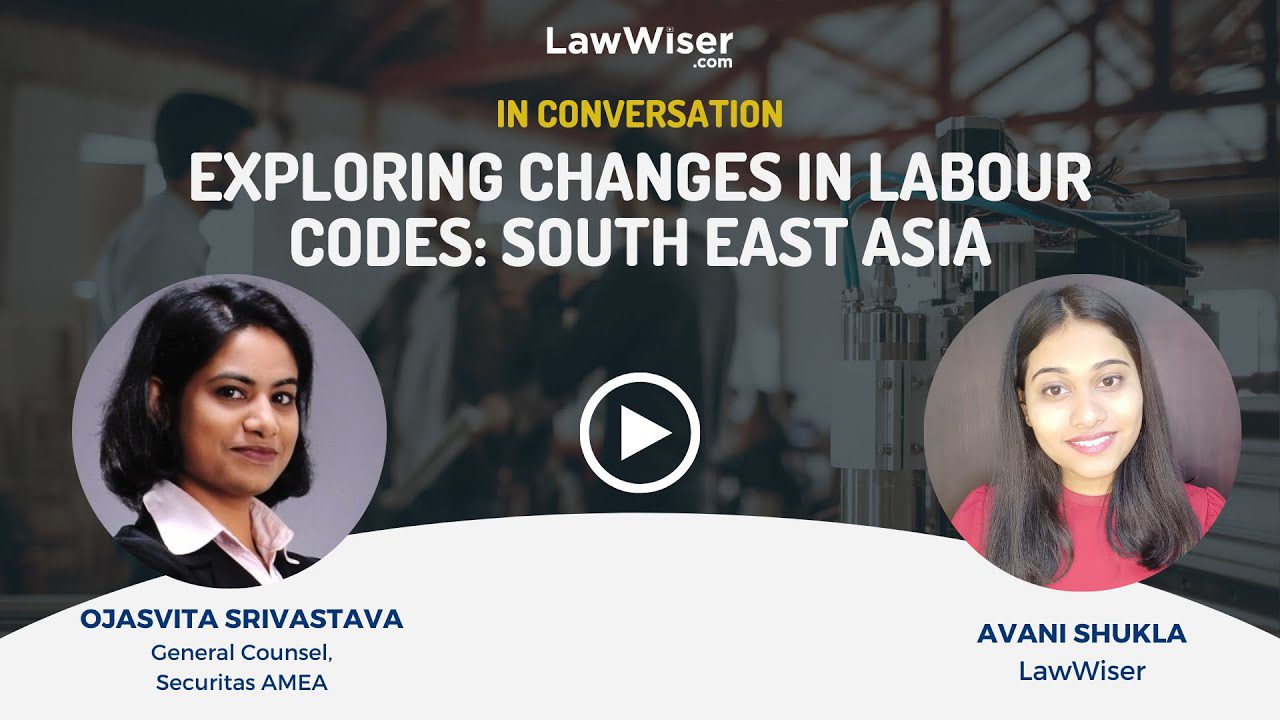 With advancements in technology and challenges posed by the pandemic, many laws have been revisited for adaptability and effective implementation. One such direction focuses on labour protection and creating flexibility in the market to ease business. Watch # LawWiser latest #Inconversation video on “Exploring changes 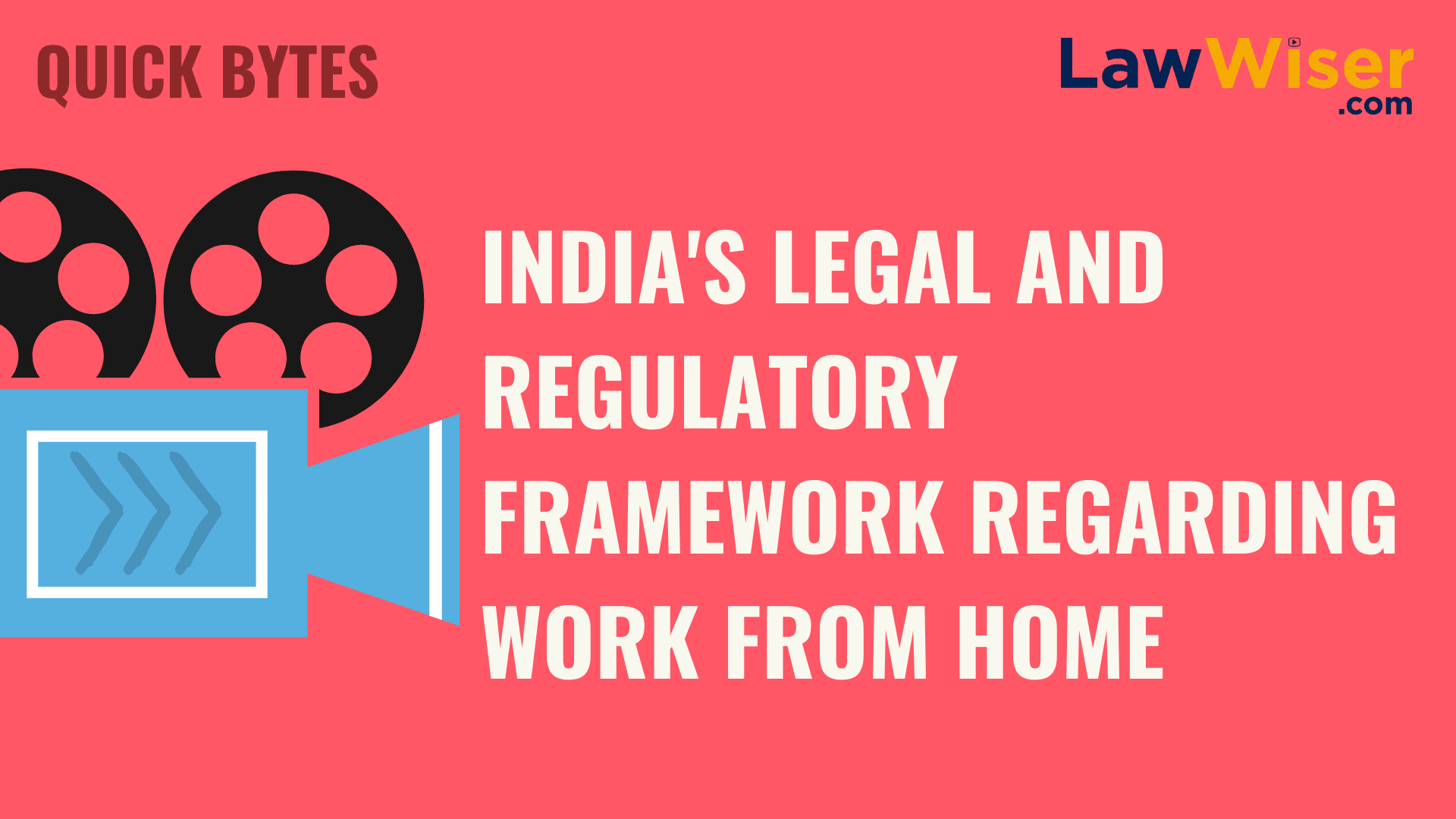 Due to the pandemic, traditional work operations are now replaced with work from home. Non-traditional working modes are the future and hence proper regulatory frameworks are needed for the same.   In this video, Avani Shukla of #LawWiser takes you through the developments in India’s 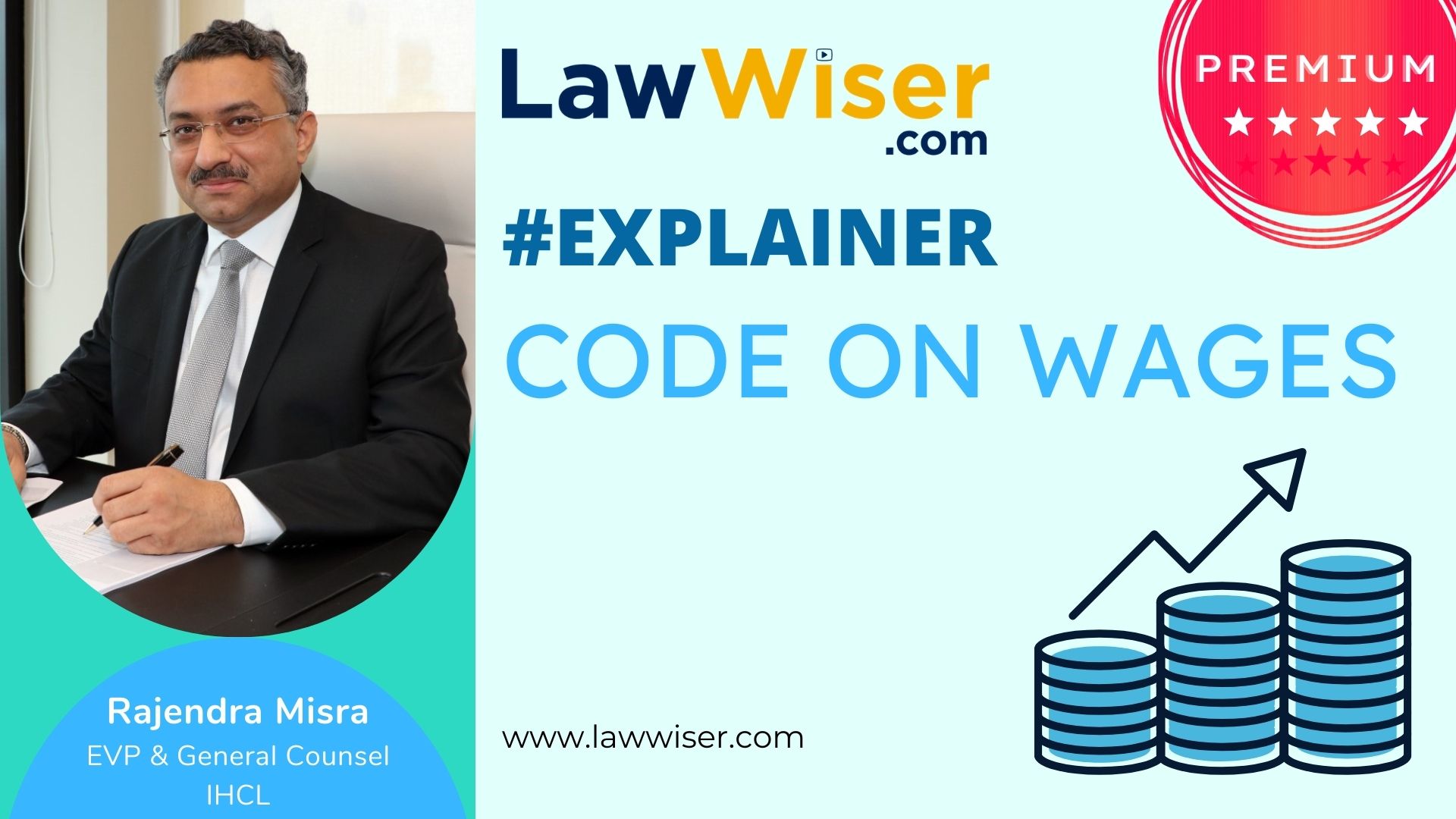 The Labour laws have been consolidated into 4 Codes and this video focuses on one of the – Code on Wages, 2019. As part of LawWiser’s Expert #Explainer series, Rajendra Mishra, General Counsel, IHCL helps us understand this new Code on Wages that has subsumed 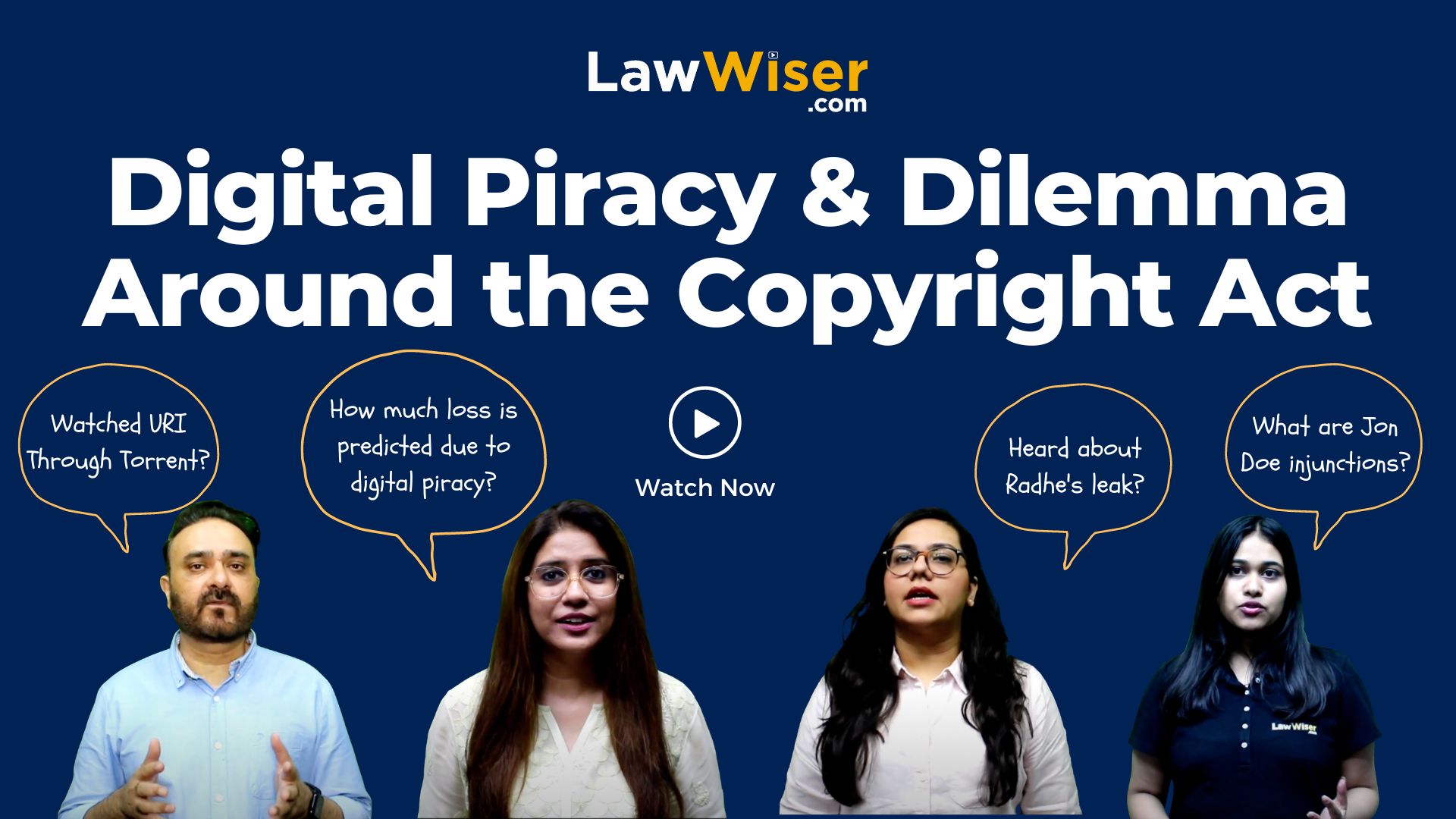 As per a report by Digital TV Research, the loss of revenue for OTT players on account of piracy in India is expected to hit USD 3.08 billion by 2022, while the cost of global online streaming piracy will reach USD 52 billion by 2022. 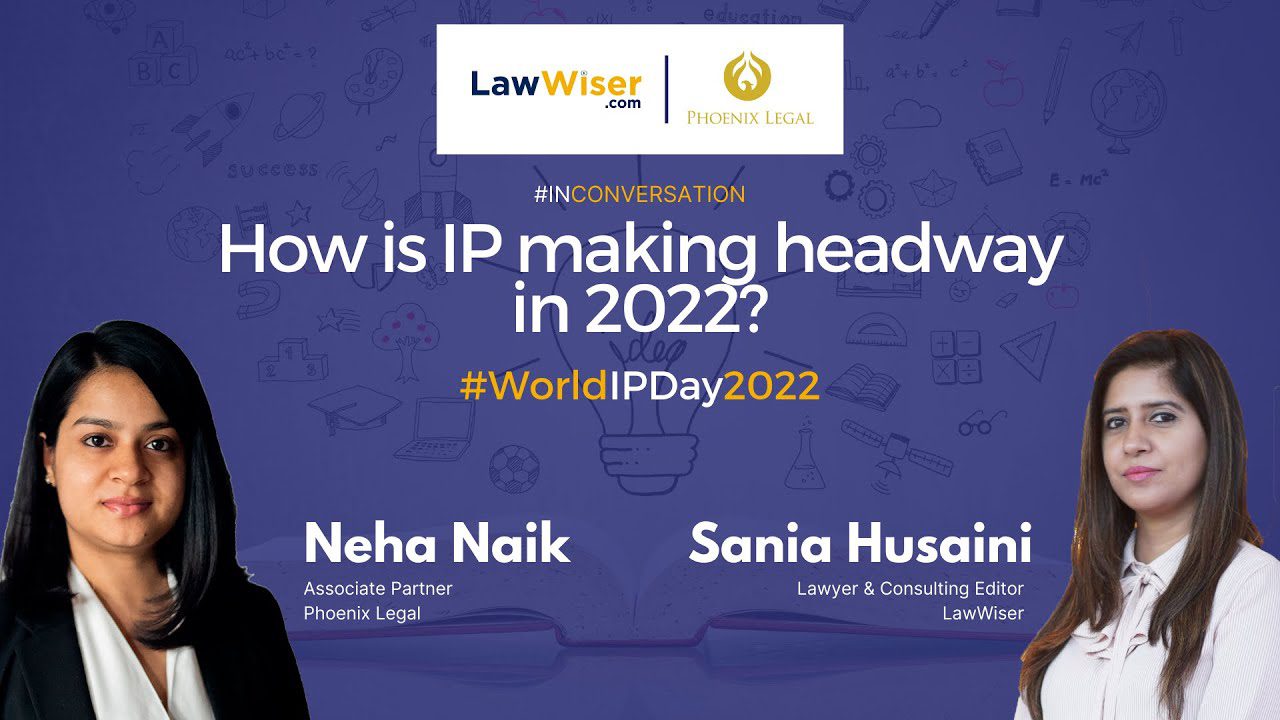 #WorldIntellectualPropertyDay2022 is observed on April 26 every year to create awareness about how patents, copyrights, trademarks, designs and geographical indications impact everyone. And also to celebrate innovation and creativity contributed by various creators and innovators. On the occasion of World Intellectual Property Day (April 26), 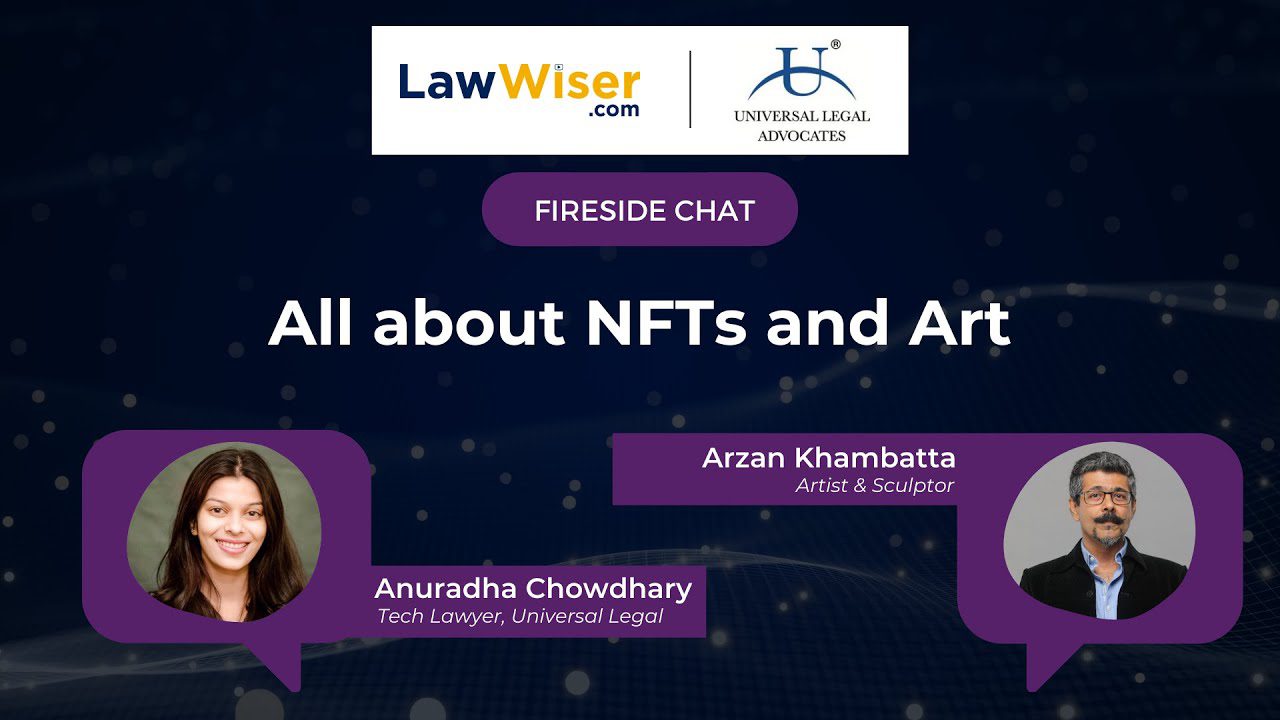 Know all the Jazz about NFT and Art in #LawWiser‘s fireside chat. Watch the full feature on All about NFTs and Art with with renowned artist and sculptor @Arzan Khambatta and @Anuradha Chowdhary, Tech Lawyer, @Universal Legal. Anuradha very succinctly explains what NFT means and 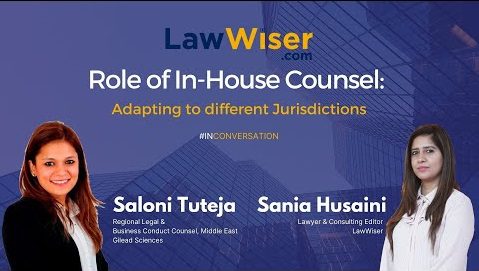 Lawyers are always learning and adapting to new laws. Over time depending on opportunities, they also adapt to different roles from law firm professional to independent to in-house counsel. The role of an #inhouse counsel as we know is diverse and they work with a

Read More »
March 29, 2022
For a long time, Labour laws in India have been due for revision. These improvements have been in the works for almost 20 years. These reforms are projected to result in four labour codes that address pay, social security, workplace safety, health and working conditions, and labour relations. These new labour laws are based on ILO standards and a collaborative process involving a variety of parties.
Some worldwide best practises, such as the use of an inspector-cum-facilitator to encourage compliance, are also taken into account. These new standards will replace 29 present central government labour laws in India once they become effective.
Labour laws have been so far prominent in influencing a large number of employees who always look out for insightful labour law videos pertaining to their own rights and duties. At LawWiser such issues can be comprehensively solved as they have renowned labour law firms that are further equipped with lawyers having a full-fledged detailed history of arguing and attending landmark cases.
Labour law videos are not limited to providing basic insights, but also gives labour law updates that fulfil needs as per the perspectives of both lawyers and the general audience.
Labour law updates are crucial in India as certain benefits such as provident fund and gratuity are included in an employee’s CTC, perks such as leave encashment and overtime, which are paid in addition to CTC, will raise recurrent and retroactive costs for employers. The labour regulations may have a major retrospective influence on gratuity charges for businesses, affecting accounting provisions for previous service periods.
The rise in staff expenditures would have an influence on hiring plans and future increments, reducing the number of job openings.
LawWiser helps you navigate through such laws in the form of videos that are competent enough to absorb substantial information such as the Code of Wages Act.
Call us now!